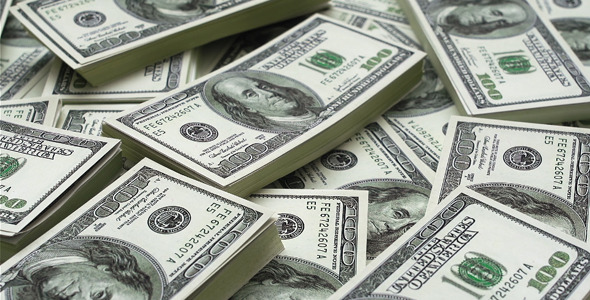 The yen is in high demand on Friday.

The U.S. dollar dropped against most major currencies on Friday, sliding to its lowest level against the yen since the U.S. election in 2016 in a flight to haven assets as the trade rhetoric between President Trump and China hardened.

What are currencies doing?

The Canadian dollar USDCAD, -0.5796%  rallied to its highest since the middle of the month following Friday morning’s inflation and retail sales data, with the U.S. currency buying C$1.2845, down from C$1.2941.

See: Brace for 2 rate hikes from the Bank of England in 2018, analyst says

What is driving the market?

Investors sold the U.S. dollar as fears over a potential trade war, particularly with China, took hold once again. The concerns escalated late on Thursday after U.S. President Donald Trump announced plans to slap import tariffs on at least $50 billion of Chinese products. The plan has already triggered retaliatory threats from China, which rolled out proposals to impose tariffs on up to $3 billion of U.S imports, such as fruit, pork and recycled aluminum.

China’s tariff list didn’t include big-ticket U.S. exports such as soybeans and Boeing airplanes, interpreted as leaving room for both sides to negotiate.

Read: Here are all the ways in which China could retaliate against the U.S. in a trade war

The tensions between the two countries sparked a flight to assets seen as safe in times of turmoil, such as the Japanese yen and gold. Gold prices GCJ8, +1.67%  were up 1.1% at $1,342.40 an ounce. U.S. stocks stabilized, opening higher. Asian markets fell sharply in the wake of Thursday’s U.S. market rout, while European markets trimmed an earlier decline.

The dollar-yen pair has been chasing new lows for weeks, also egged on by volatility in stock. The pair is currently retracing a massive dollar rally in November 2016, and would have to fall through ¥102.82 to break to the next lower level.

Elsewhere, the Canadian dollar popped to its highest since Mar. 12, according to FactSet, as data showed that Canada’s consumer prices grew 0.61% in February, beating estimates of 0.5%, while annualized inflation hit 2.2%, versus 2.1% expected. The Bank of Canada reiterated its dependence on data in its last policy update, adding weight to this data point.

What are strategists saying?

”These tensions heighten concerns over a trade war and forced market participants to seek shelter in safe havens, with the yen being the main gainer among the major currencies,” said Charalambos Pissouros, senior market analyst at JFD Brokers, in a note.

“Among currency pairs, one of our favorite gauges of market sentiment is Australian dollar-yen. Fears over a trade war, and especially the tensions between the U.S. and China, are likely to keep Aussie under selling interest, mainly due to Australia’s heavy trade exposure to China. On the other hand, the yen, due to its safe-haven status, is expected to continue being attractive during periods of uncertainty and turbulence,” he added.

What else is in focus?

U.S. durable goods orders rose 3.1% in February, compared with the MarketWatch consensus estimate of 1.8%, while core capital equipment orders grew 1.8% in the same month, up from a 0.4% decline before.

New home sales came in at a 618,000 seasonally adjusted annual rate in February, slightly underperforming the consensus estimate of 630,000.

Three Federal Reserve speakers are on deck on Friday, speaking just two days after the central bank raised U.S. interest rates, but appeared to stick to a more cautious strategy for 2018.